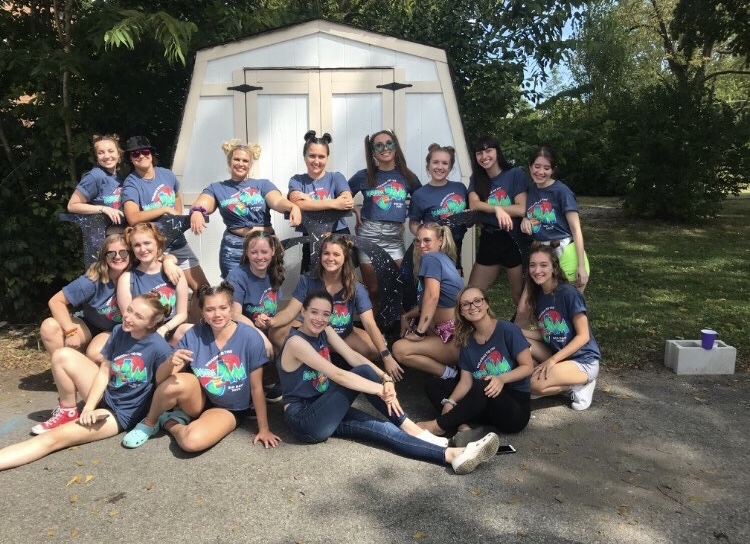 With recent hazing allegations against Ohio University’s sororities, fraternities and marching band, the discussion surrounding hazing and initiations within collegiate level social and athletic groups is growing among students and administration.

In early October, nine chapters of OU’s Interfraternity Council (IFC), three sorority chapters, two business fraternities, the Marching 110 and the Men’s Rugby Club all had their organized activities suspended, according to athensnews.com. These suspensions were the result of hazing allegations against these organizations.

To date, many suspensions have been lifted, while others have been placed on what OU calls “modified restrictions,” which requires activities to be monitored by a staff person or adviser.

Meanwhile, many fraternities and organizations, such as the Marching 110, the Men’s Rugby Club and IFC chapters, including Beta Theta Pi, Phi Kappa Psi and Sigma Chi, are still suspended.

While OU’s groups have been the focus, active Otterbein Kappa Phi Omega sorority member and 2018 North alumna Megan Walsh has seen the effects of the OU suspensions and effects of hazing being translated onto Otterbein’s campus.

“The problems at OU have been talked about briefly. It’s just an eye opener for everyone to be careful, although [hazing issues wouldn’t] happen at Otterbein,” Walsh said.

North alumna and OU freshman Mia Iacampo said she noticed changes in the social dynamic on campus since the suspensions.

“Since everything that’s happened, the social scene around here definitely has changed…The amount of cops you see around the parties on campus increased tenfold…The big party scene has started to slowly go down,” Iacampo said.

Since the accusations, people have debated how big of an issue hazing is and what colleges are doing to prevent it.

Kendrick Rogers, North alumnus and member of Otterbein’s Men’s Lacrosse team, thinks that although hazing is unacceptable, Otterbein could do more to educate students across campus about the issue.

“I feel as though Otterbein could definitely do more to prevent hazing from occurring around campus. The only faculty member who has spoken to me about hazing has been my coach. Those that don’t play a sport here may have never been told about the severity of hazing,” Rogers said.

As a member of Greek life, Walsh said that Otterbein openly condemns hazing. It is even addressed during rush and the recruitment process.

“Otterbein holds a meeting with everyone joining Greek life before their new member education processes start to make sure they know what hazing is, [how to identify] if they’re being hazed and how to report it. This way, everyone is held accountable,” Walsh said.

Criticism of Athens police and OU administration also has arisen since the hazing allegations. However, as a student on campus, Iacampo believes the administration is doing what it can.

“There’s only so much administration can do after shutting down some of the Greek life houses. It’s not like [they] live in those spaces, so they can’t see every little thing. On a surface level, [their actions] seemed to work,” Iacampo said.

Walsh, Rogers and Iacampo agree that hazing is wrong and that people shouldn’t have to prove themselves in order to be included in social settings or athletic organizations.

“Is hazing bad? Yes. Is it stupid and dangerous? Yes,” Iacampo said.

Walsh agrees. “Hazing should never take place. [It] can become very dangerous and has long lasting effects on the people involved.”

Rogers concluded that the idea of hazing and forcing people to do crazy things in order to be accepted into a group is wrong.

“I think hazing people to allow them to become a part of a group is wrong. I wouldn’t want much to do with groups that work like that,” Rogers said.