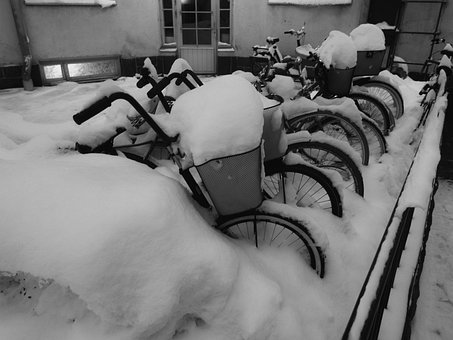 On Feb. 13, Texas was affected by a major winter ice storm. The storm lasted through Feb. 17 and created different impacts on people’s lives.

Caitlin Maloy is the AP Environmental Science teacher at North.

“I would say the snow storm in Texas did not really affect the climate in Texas. That would require a long-term change and the snow storm was a short weather event that impacted most of the United States, not just Texas. This winter storm was actually caused by a polar vortex coming further south than it typically does, which actually happens about six times a decade,” Maloy said.

Sarah Parton is a resident in Texas who experienced the snow storm first hand.

“During the storm, the weather got as low as 0 degrees and was around 0-20 degrees for about a week. A day or two after the storm, it was up to 70 degrees and has been 75 and getting warmer since then,” Parton said.

This type of storm created many challenges for people living around the Texas area. Former North student Nathan Stallings is in Texas training to be a Combat Medic in the US Army.

“During the winter storm, our training completely stopped for an entire week. In addition to that, all the power and water went out in the barracks surrounding our own, so they all had to move in with us for a week,” Stallings said.

The damage caused by the storm was hard for most Texas residents to come back from.

“The storm actually impacted about 80% of the United States, not just Texas. Texas was on the news so much because a majority of the state lost power since Texas is on their own electric grid. This means they rely on themselves only for electricity,” Maloy said.

As a resident in Texas, Parton had her own personal struggles due to the storm.

“The salon I work at days after the storm lost water, so we had to use water bottles to rinse our clients’ hair. Tons of families and friends of mine went days without water, power and some houses were down to 30 degrees inside,” Parton said.

Because of the effects the storm created, many daily routines had to be altered or changed completely in order to stay healthy.

“The storm impacted everyone differently but mainly the issue was not having water. This meant not being able to shower, make food and more. People had icicles hanging from their ceilings and walls,” Parton said.

Many people have worries about how we could be better prepared.? Maloy has studied and understands how climate change can create more frequent storms and what we can do to help.

“There isn’t much we could have done to prevent this storm, but what we can do is be better prepared for the next one. Texas has long been known for being energy-independent. So, it could expand its electric grid to include sources from other parts of the US to include more solar, hydro, geothermal and more.

“For storms that are occurring more frequently due to climate change, like hurricanes, you can do things such as carpool more, use renewable sources, plant vegetation, buy local food and eat less meat,” Maloy said.